TOP 7 CRYPTOCURRENCIES WORTH INVESTING IN FOR LONGTERM

June 10, 2017
Over the past few months these coins have doubled, some trippled in price......They show strong positive potentials and are likely to keep increasing in value.....
As we all know, the world of crypto currency is moving really fast and over the past years Bitcoin for one has done marvellously well and has increased over 1000% in value, breaking even several times along the line leaving Gold, stocks and real estate businesses far behind........
We believe strongly in cryptocurrency and over the past few years more has emerged and many more will emerge, either as copy cats or standalone...
But we still as much as possible try to spot out the ones with outstanding values that will be a huge influence to the financial sector like bitcoin...
Listed below are TOP five(5) cryptocurrencies with outstanding potentials that are likely to give a huge boost to economy.........This are the cryptocurrencies that are likely to make you a billionaire in the nearest future.........

Etherum is an outstanding performer; it allows the creation of smart contract that runs on decentralized network that is applications that runs exactly as programmed without any possibility of downtime, censorship, fraud or third party interface.
I have 100% confidence in the team behind the project, they are just awesome.....so many crypto are trying to thrive on the etherum platform and its amazing how fast they have grown within a period of time....
The project was bootstrapped via an ether pre-sale during August 2014 by fans all over the world and few years down the line it has shown remarkable growth
Other then the team, the degree of adoption that Ethereum gets at the moment is phenomenal. Because ethereum is a platform where developer can deploy Dapps, a lot of innovation is being made at the moment and each one of those innovation boost the adoption rate of Ethereum and create a network effect.
If one currency can make it big, it is Ethereum. It already grew 1000% over the past few months and I can see the currency go another 1000% easily if not more over the next few months and years.
Ethereum is the only crypto-currency that I believe has the capacity to overtake Bitcoin Market cap in the near future.
Current Market Cap: $27,125,806,617
Price: $293.70
MY PREDICTION: Going at this pace, there is no telling what it could achieve in 2 or more years from now, i see a possibility of it overtaking bitcoin in market capital. i predict over $5000/ether as something plausable in the very near future 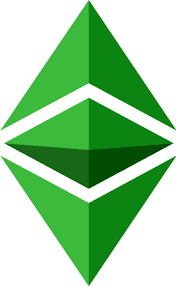 Etherum classic is my second pick; it is also a decentralized platform that runs smart contract that is applications that runs exactly as programmed without any possibility of downtime, censorship, fraud or third party interface.

It is a continuation of the original Ethereum blockchain - the classic version preserving untampered history; free from external interface......You can call it Insurance if you please, but one thing is certain.....Just like Ethereum there is a huge potential in  classic... 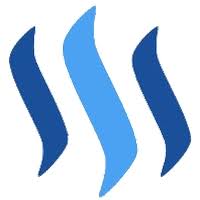 Steem is a blockchain-based social media platform where anyone can earn rewards
Imagine earning rewards on facebook, twitter etc for all the post you've made so far, Awesome right?......

Now you see why its worth your investment....

Collectively, user-generated content has created billions of dollars worth of value for the shareholders of social media companies such as Facebook, Reddit, Twitter. Steem supports social media and online communities by returning much of its value to the people who provide contributions by rewarding them with virtual currency.

You definitely find this interesting.....you should invest in it, at least make a post on steemit

MY PREDICTION: NEEDLESS TO SAY, IT WILL BE AWESOME TO EARN FOR EVERY POST YOU MAKE.....OBVIOUSLY STEEM IS GONNA BE ON FIRE PREETY SOON!!!

Factom is another fantastic cryptocurrency that used to be called “Notary Chain” that should grow by a lot this year.
Factom allows companies to create immutable database.
Factom store information in their own blockchain and then create a hash of that data and stores it into the Bitcoin blockchain. They are also working on adding that hash into ethereum and other big blockchain to add protection.

They started out to build a more honest and transparent world with a simple approach that; create softwares that makes it impossible to change the past but point at places where is solves valuable business problems.....Amazing right!!!!!
The market for Factom is huge and they definitly have strong potentials. The people behind Factom are also very smart. I look forward tp the growth of this company.
Current Market Cap: $241,513,567
Price: $27.59
MY PREDICTION: FACTOM is likely to take up on an upward trend once they hit the right target, small spark lights innovations.....lets expect more rise soon

Maidsafe has been around for quite a while now. 10 years + exactly and they finally launch their Alpha MVP . Maidsafe is a decentralize database.
Instead of storing data on your computer, with maidsafe you can encrypt and upload it on the decentralise server. That way no one person can access your data without your permission. It is 100% secure and it doesnt use any space.
This decentralise database will make it possibe for whistle blower to share information without having the fear of seeing the governement or other group censor them. It is the internet uncensored.
Again, the people behind maidsafe are real geniuses. When you listen to them, you know that their vision is the future. I am so excited to have the safenet working. Once the safenet goes live the crypto-currency behind their project should skyrocket to the moon. It already went 10x over the past few months but thats nothing compare to what is coming.

I believe so much in what they stand for, obviously "DATA" is the currency of the future, and they are like the bank right.........
Maidsafe has the capacity to revoluionize the internet as we know it. They are really amazing. Only people in the crypto-world know them because they are in Alpha, but as soon as they are live ( a few months) You will see them on every newspaper.
Right now you can only purchase their temporary coins called MaidSafeCoin. Im not sure how the exchange process will work so that is the only thing stopping me from investing heavily in this one.
Current Market Cap: $255,244,538
Price: $0.564011
MY PREDICTION: THEY STILL HAVE A BETTER CHANCE TO THRIVE, ALL THEY NEED IS INNOVATION AND THEY WILL BE ON THE NEXT ROCKET TO THE MOON

Bitcoin has proven a store of value over the past few years and it is currently trading at 410$ today. The price vary a lot but it outperformed all the other investment vehicle by a lot.
Bitcoin has the network effect and most people have heard of Bitcoin. But this is not a panacea because Myspace had the network effect at some point and they lost their position over better platforms like Facebook.
Over the past few years, Bitcoin got a lot of venture capital money so we should see very interesting apps and project coming to the market in 2017. All those companies will drive wider public adoption which would drive the price up.

One major boost to Bitcoin in 2017 was the "wannaCry" cyber attack....
One problem with bitcoin is that it’s block size limit reached the maximum amount of transaction it can process. It will need to overcome this before the price can start climbing again.
Current Market Cap: $46,301,620,379
Price: $2826.21
Prediction: With the stock market going down, people will be looking for a safe heaven. I think it can reach $4000 before the end of the year if they don’t get overtaken by Ethereum. If they get overtaken, we might see the price drop instead as people transfer to this better option.

Ripple Last on the list; With the Banking system trying to catch up on what Bitcoin did to them. Ripple pivoted into the banking market and closed a deal with SBI Bank, one of the main financial institution in Asia.
Ripple works with banks to transform how they send money around the world — a necessary step to compete in today’s growing economy. There vision is to enable the Internet of Value so the world can move value the way it moves information today.
One thing I am certain of is that the banking system would rather deal with a stable crypto-currency rather than one that fluctuate a lot, so Im not sure how that will play out with Ripple.
As much as I believe so much in Bitcoin and the rest and like every other person despise the banking system, i still believe ripple has a strong potential and know it will not just be knocked out without a strong fight......
Current Market Cap: $10,767,758,495
Price: $0.280949

MY PREDICTIONS: All they need is to derive a way to make people believe in the banking system once more and they could be on the moon, but like it is, we can only hope.....

Bitcoin, Ethereum, Ethereum Classic, Factom, steem and Maidsafe  all do something very different and they complete each other. No one could do what the other one can do. They are all necessary with fast adoption rate. Thats why they are my main focus in crypto currencies of 2017. Ripple is a long shot but is worth following.
The world of Crypto currency is the future we should take advantage of now, gone are the days of GOLD, STOCKS etc as major investment opprtunities......Dont get "LEFT BEHIND" seize the opprtunity now that you still can and invest in cryptocurrency......

For inquires: send us a mail or make a comment below...........
NOTE: If you want to buy Bitcoin, Coinbase is the exchange I personally use. You can buy Bitcoin and Ethereum and receive Bitcoin payment directly into your bank account.
bitcoin bts bullish cryptocurrency investment madesafe poloniex ripple steem technology trading wannacry
Reactions:

Popular posts from this blog

Could this be happening? "The Flippening" The fall of BITCOIN & Rise of ETHEREUM

Altcoins through technical innovations, marketing strategies and corporate partnerships have always strived to take charge and dethrone the reigning "KING BITCOIN" as the largest cryptocurrency by market cap., but King Bitcoin has proven its "Supremacy". Only until recently has any coin gotten close enough to the king......
"The Flippening" like we know it refers to the potential future date when Bitcoin could lose its King status as the largest cryptocurrency by market Cap might be nigh as Ethereum closes the gap.
The price drop of both Bitcoin and Ether yesterday might have reduced the anticipation, and probably slowed the ultimate inevitable dethroning day, but not quenched totally, hence The Fall of Bitcoin and the Rise of Ether might still be a reality.
The Flippening has only come close to actualisation recently, with the price of Ether surging high above $400, making Ethereum the first Cryptocurrency to get close enough to impose a strike on the Kin…
Read more

June 09, 2017
Follow us to get complete guide on crypto market happenings, don't get left behind, always ask your questions in the comment box below....TO YOUR SUCCESS!!!!!
Read more