Here's Why Bitcoin And Other Cryptos Have Thrived

June 09, 2017
Everyone is all smiles about the recent price hike and is now greedily expecting Steem to go over $3, while diversifying their portfolio with a bit of Bitcoin, ZCash and Etherium. It's the cryptoparadise, baby!
And certainly there were people who were discouraged and flung brown handfuls at the Steemit developers, claiming that printing money out of nothing will devalue the currency. Indeed, Steem did devalue, while Bitcoin's price kept going up.
But everyone seems to have forgotten that.
Now, everyone is holding hands, singing songs of Steemit's success as a social media, and praising the developers for being right about this whole experiment, which involved millions of man hours, invested by people from around the world. Steemit must be going in the right direction, right?
No.
Steemit is going in the same direction it did several months ago - be it right or wrong. Nothing has changed, as far as our social media is concerned. There's still no logical financial explanation why hundreds of thousands of people posting online would get paid handsomely, even if their content was unique - and let's face it, most Steemians right now simply copy paste content from the web.
But why did the price of Steem go up, then? Wannacry Screnshot. Image from Wikipedia.
WannaCry ransomware went viral on the 12th of May, at least according to Wikipedia. Certainly there were infected computers before that and much more after that. Coincidentally, the price of Bitcoin, Etherium, ZCash and Steem began its definitive upwards movement around this date.
The relation is simple. The developers of WannaCry demanded Bitcoin to decrypt hijacked personal data. People bought Bitcoin to get their files back. And as we all know, the less there is of a product (Bitcoin in our case), the higher its price.

Countries Affected By WannaCry Ransomware. Image labeled for reuse.
But why did other currencies appreciate alongside Bitcoin? Imagine you are the crook behind WannaCry - you get Bitcoins, but their typical transactions are easily tracked. In order to hide the trail, Bitcoins need to be exchanged by as many services as possible, using as many different IP addresses available. Buying alternative cryptocurrencies is part of this process - one of which is Steem. And, as we already know, the less of a product there is (the higher its demand), the higher its value.
If I have to answer the question in everyone's mind, "Will Steem continue going up?", I would have to say "No." First, because Steem is not widely used, not widely trusted, it doesn't have a cap (unlike Bitcoin, which won't be mined forever), and its value is mostly related to the value of Steemit - which is not much higher, than any other spammy site, automatically aggregating (copy pasting) content from other sites, which is what most of our users do.
Will the price of BTC go up? Undeniably, in the long run, unless the rumors that the Chinese already own more than 50% of the mining pool turn out to be true (i.e. they can "print" fake Bitcoins).
So where does this leave us? As I've posted before, unless we offer something unique (we've pretty much failed here), spread the use of Steem to other business ventures (still waiting for that to happen) or Steem continues to be used for illegal activities (Yay, WannaCry, right?!), Steem will keep falling.
My suggestion is to keep your Steem profits in the form of Bitcoin (now widely trusted, or at least until the Chinese mess it up) or ZCash (the future currency of illegal trading), unless you hear news of new ransomware on its way.
Good night!
bitcoin cryptocurrency steem wannacry
Reactions:

Popular posts from this blog

Could this be happening? "The Flippening" The fall of BITCOIN & Rise of ETHEREUM

Altcoins through technical innovations, marketing strategies and corporate partnerships have always strived to take charge and dethrone the reigning "KING BITCOIN" as the largest cryptocurrency by market cap., but King Bitcoin has proven its "Supremacy". Only until recently has any coin gotten close enough to the king......
"The Flippening" like we know it refers to the potential future date when Bitcoin could lose its King status as the largest cryptocurrency by market Cap might be nigh as Ethereum closes the gap.
The price drop of both Bitcoin and Ether yesterday might have reduced the anticipation, and probably slowed the ultimate inevitable dethroning day, but not quenched totally, hence The Fall of Bitcoin and the Rise of Ether might still be a reality.
The Flippening has only come close to actualisation recently, with the price of Ether surging high above $400, making Ethereum the first Cryptocurrency to get close enough to impose a strike on the Kin…
Read more

TOP 7 CRYPTOCURRENCIES WORTH INVESTING IN FOR LONGTERM 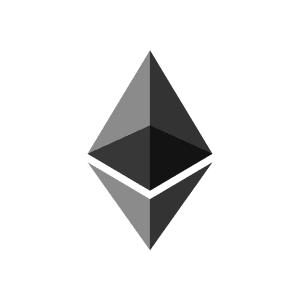 Over the past few months these coins have doubled, some trippled in price......They show strong positive potentials and are likely to keep increasing in value..... As we all know, the world of crypto currency is moving really fast and over the past years Bitcoin for one has done marvellously well and has increased over 1000% in value, breaking even several times along the line leaving Gold, stocks and real estate businesses far behind........ We believe strongly in cryptocurrency and over the past few years more has emerged and many more will emerge, either as copy cats or standalone... But we still as much as possible try to spot out the ones with outstanding values that will be a huge influence to the financial sector like bitcoin... Listed below are TOP five(5) cryptocurrencies with outstanding potentials that are likely to give a huge boost to economy.........This are the cryptocurrencies that are likely to make you a billionaire in the nearest future.........
1. EthereumEtherum is an …
Read more

June 09, 2017
Follow us to get complete guide on crypto market happenings, don't get left behind, always ask your questions in the comment box below....TO YOUR SUCCESS!!!!!
Read more